The sub-process node is to execute an external workflow definition as a task node.

This example simulates a common task type, here we use a child node task to recall the Shell to print out "hello". This means executing a shell task as a child node.

Create a shell task to print "hello" and define the workflow as test_dag01. 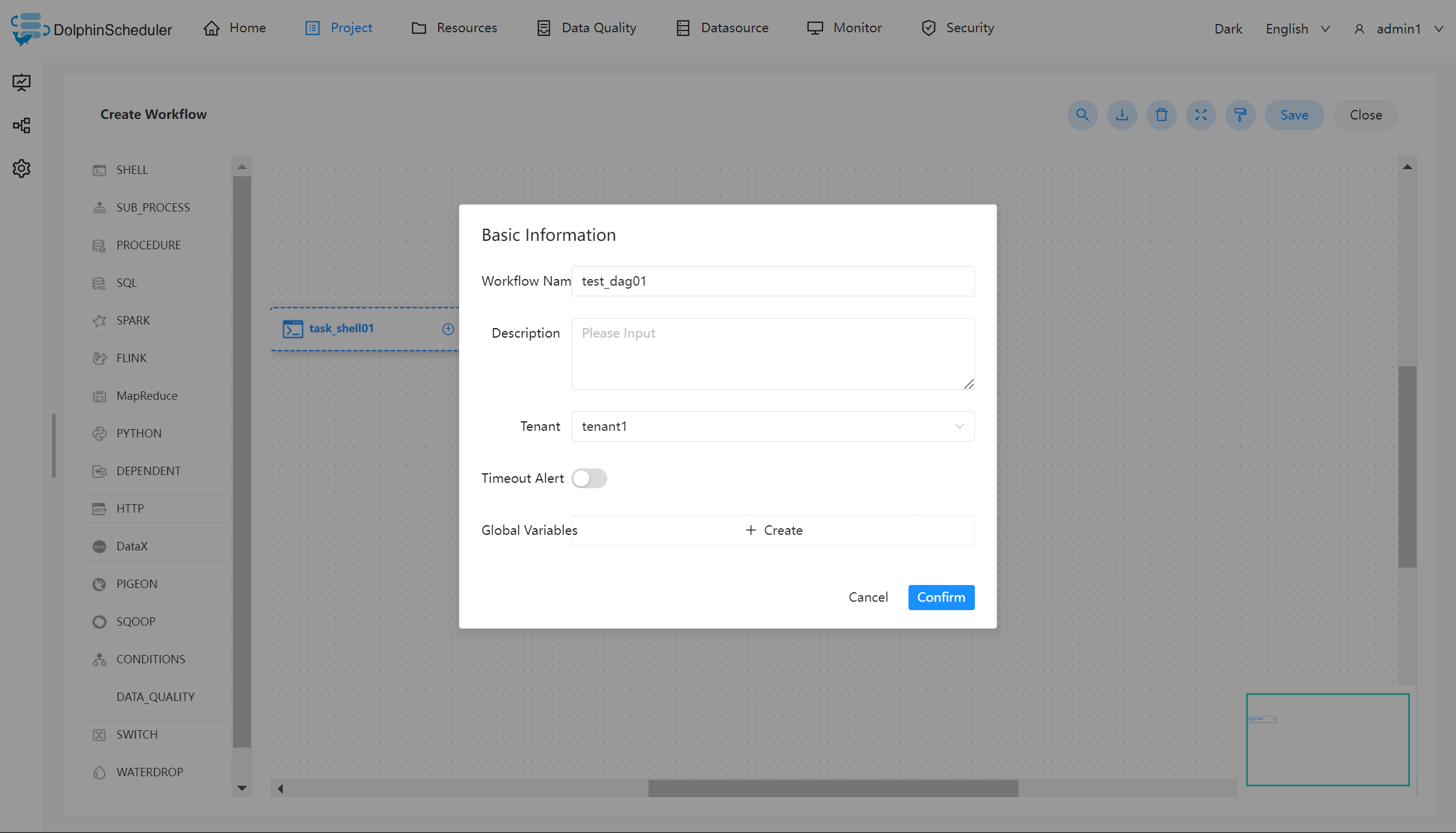 To use the sub_process, you need to create the sub-node task, which is the shell task we created in the first step. After that, as shown in the diagram below, select the corresponding sub-node in position ⑤. 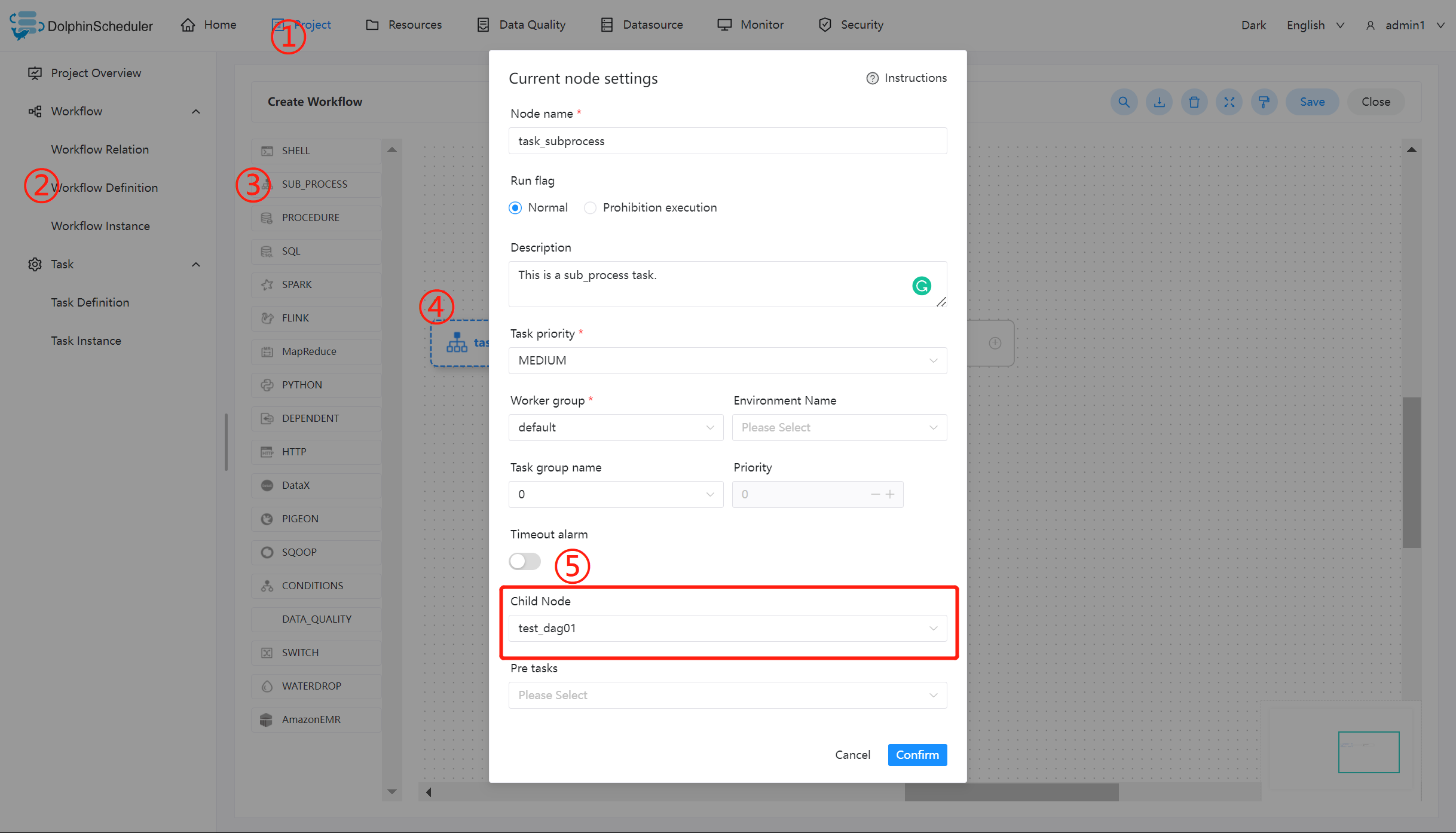 After creating the sub_process, create a corresponding shell task for printing "world" and link both together. Save the current workflow and run it to get the expected result. 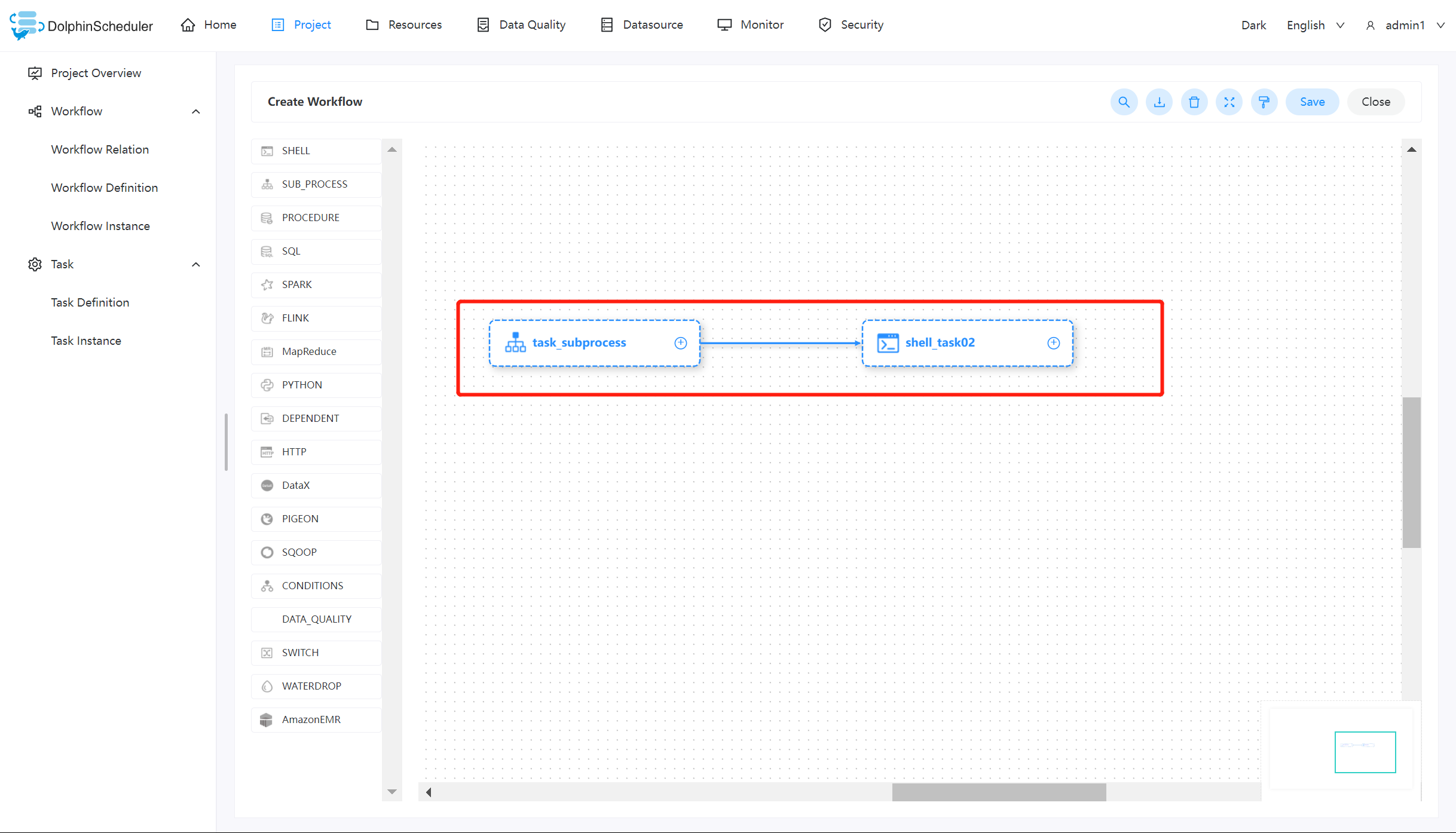 When using sub_process to recall a sub-node task, you need to ensure that the defined sub-node is online status, otherwise, the sub_process workflow will not work properly.