This is a common introductory case in the big data ecosystem, which often apply to computational frameworks such as MapReduce, Flink and Spark. The main purpose is to count the number of identical words in the input text. (Flink's releases attach this example job)

Configure the flink environment in DolphinScheduler

If you are using the flink task type in a production environment, it is necessary to configure the required environment first. The following is the configuration file: worker/bin/dolphinscheduler_env.sh. 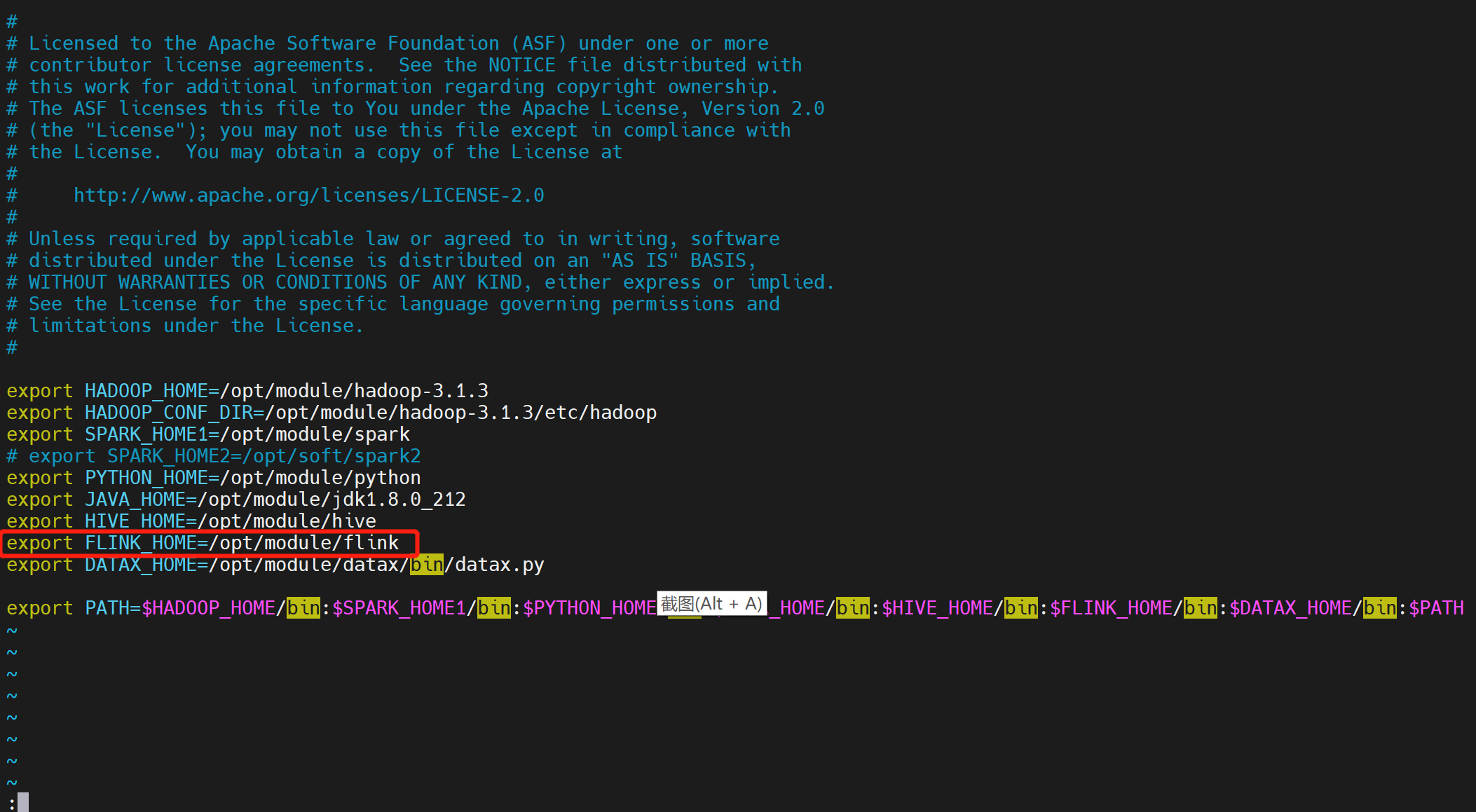 When using the Flink task node, you need to upload the jar package to the Resource Center for the execution, refer to the resource center.

After finish the Resource Centre configuration, upload the required target files directly by dragging and dropping. 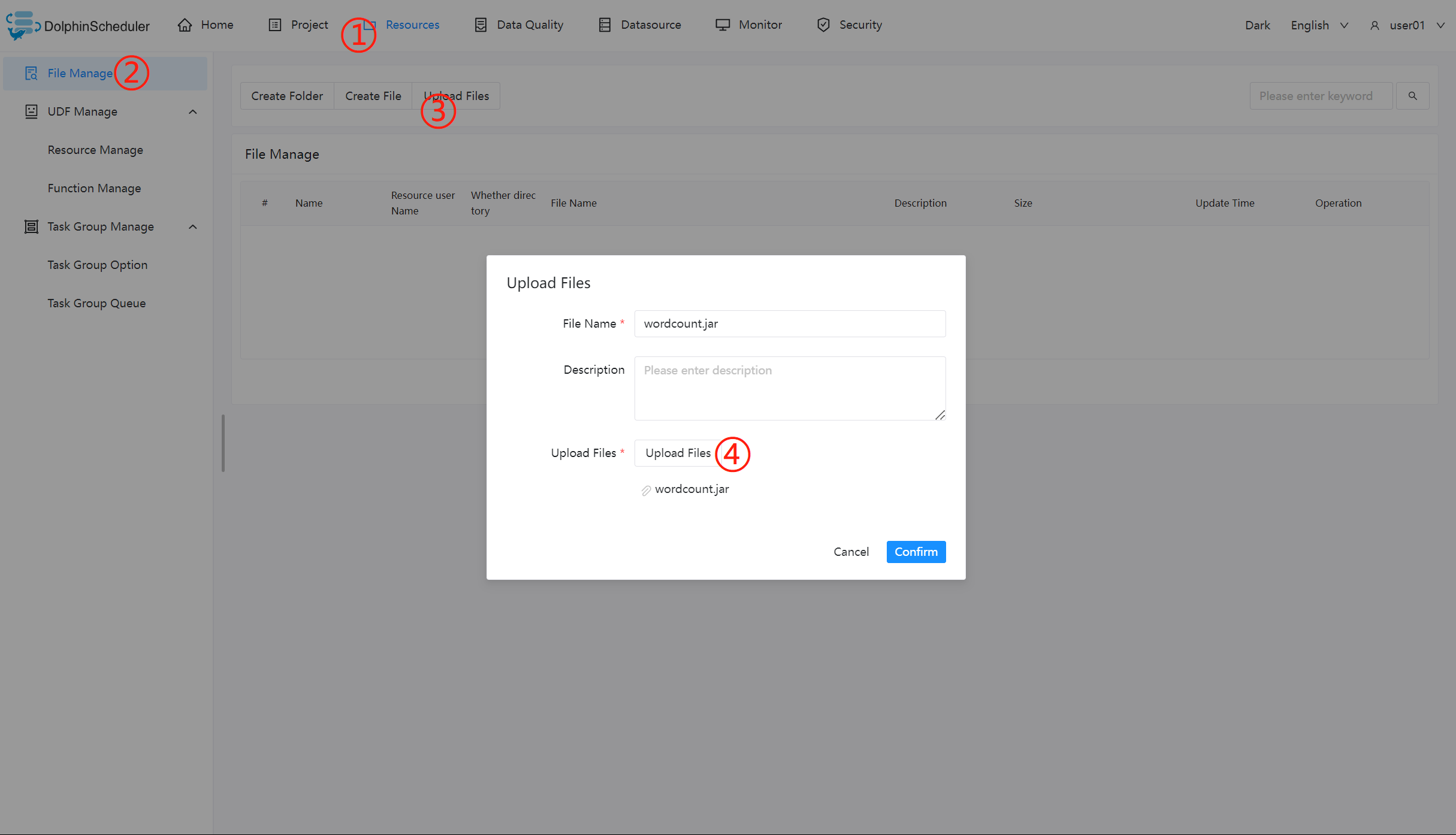 Configure the required content according to the parameter descriptions above. 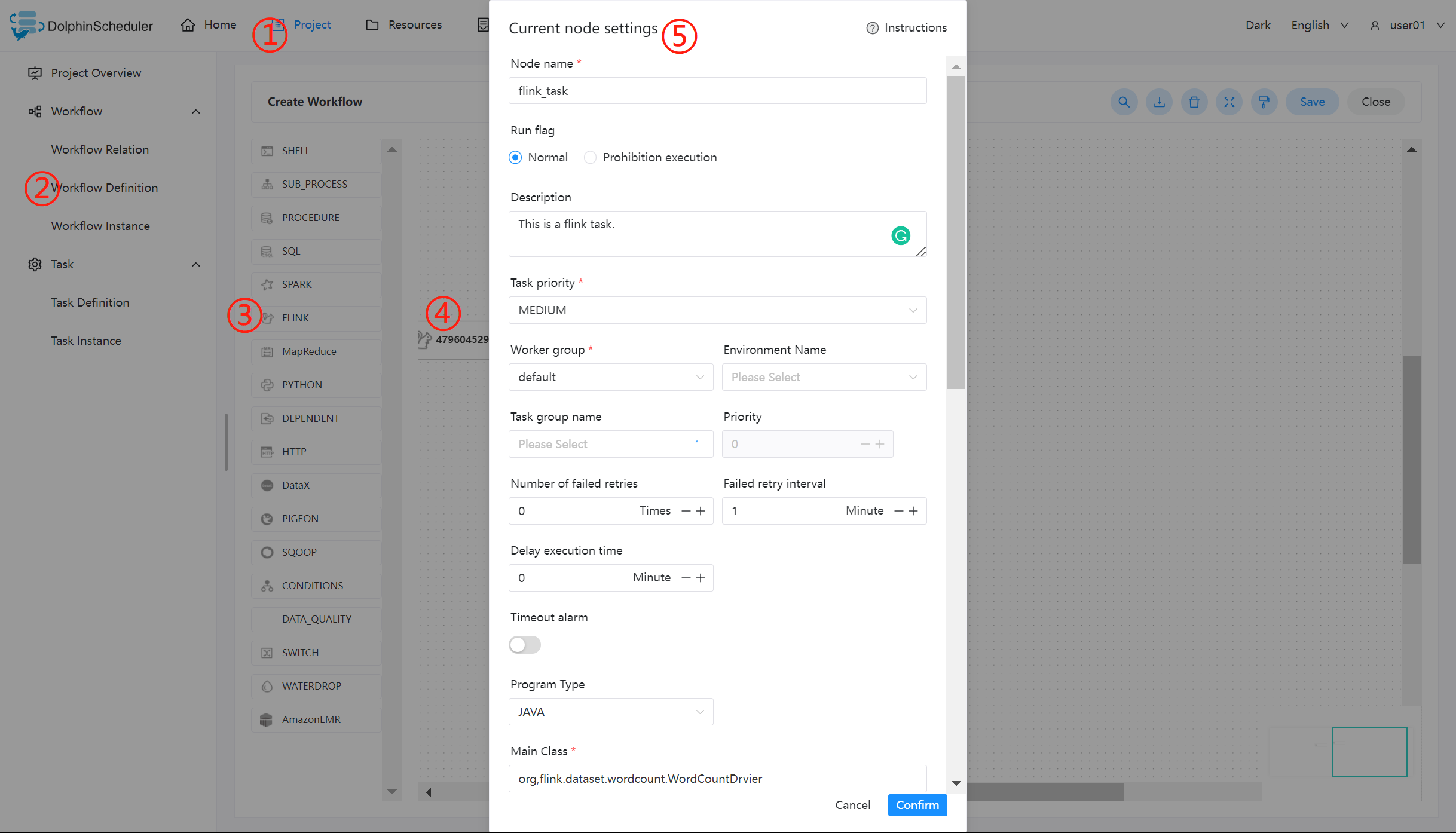 JAVA and Scala only used for identification, there is no difference. If use Python to develop Flink, there is no class of the main function and the rest is the same.