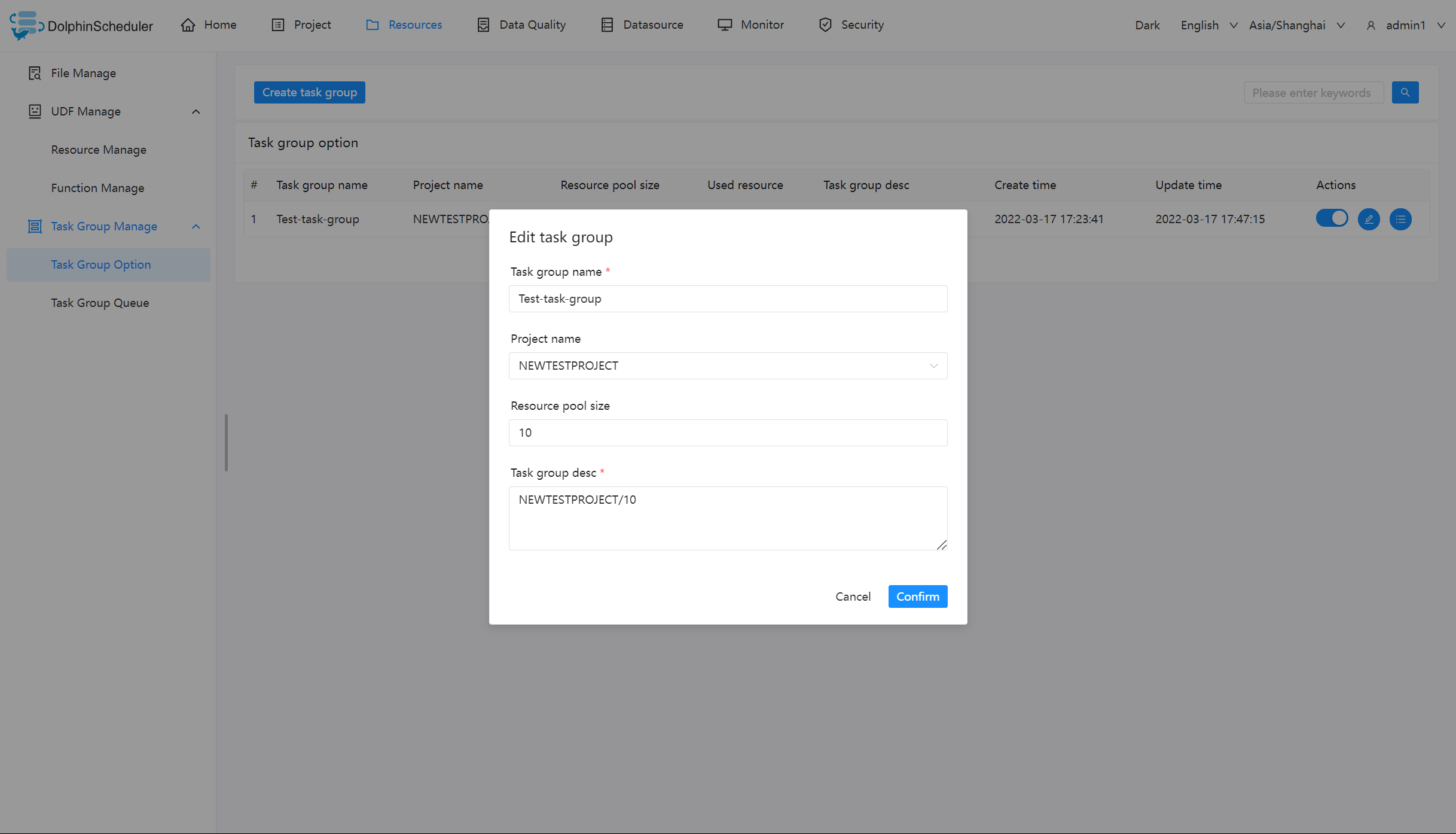 You need to enter the information inside the picture: 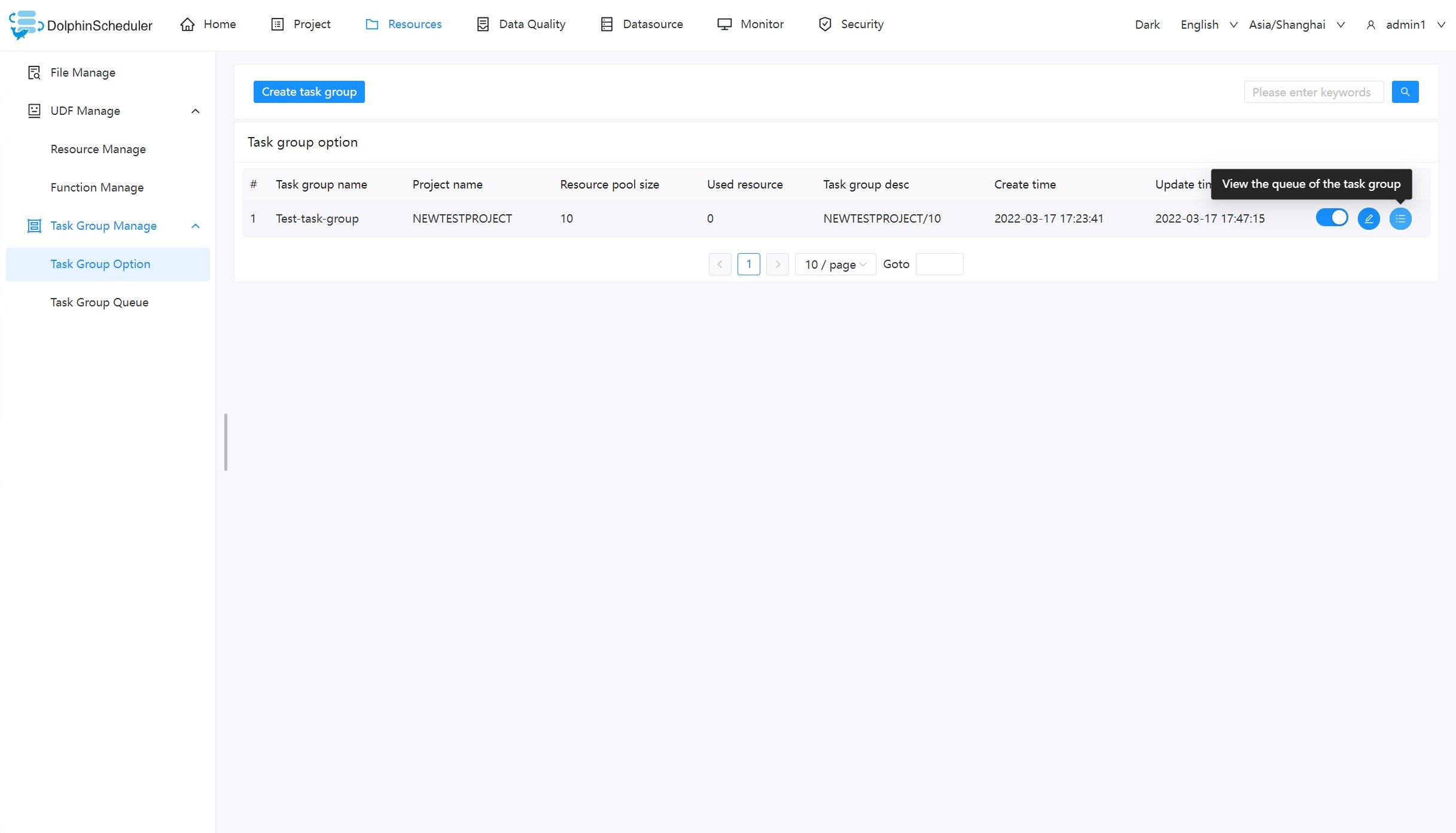 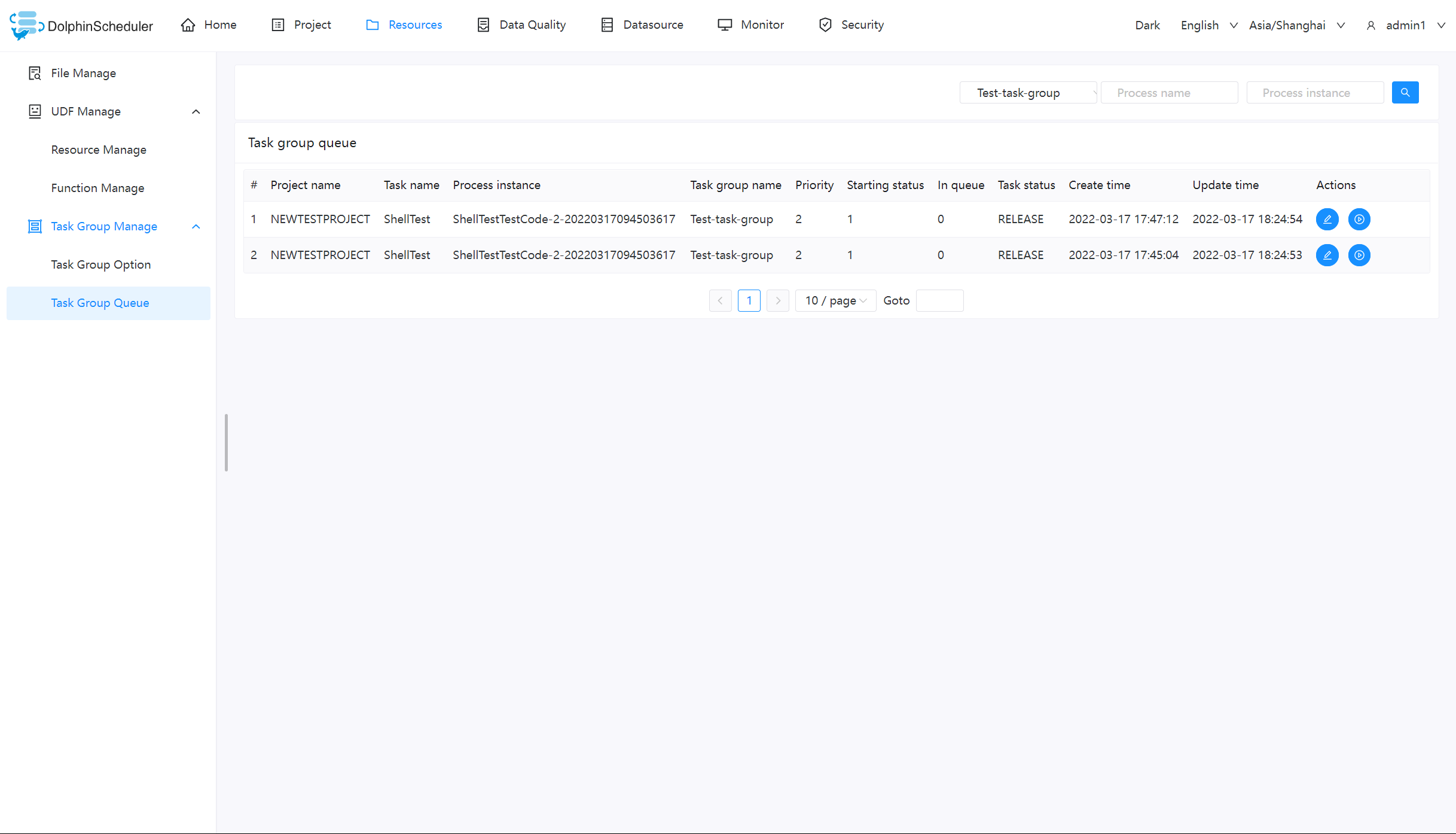 Use of Task Groups

Note: The use of task groups is applicable to tasks executed by workers, such as switch nodes, condition nodes, sub_process and other node types executed by the master are not controlled by the task group.

Let's take the shell node as an example: 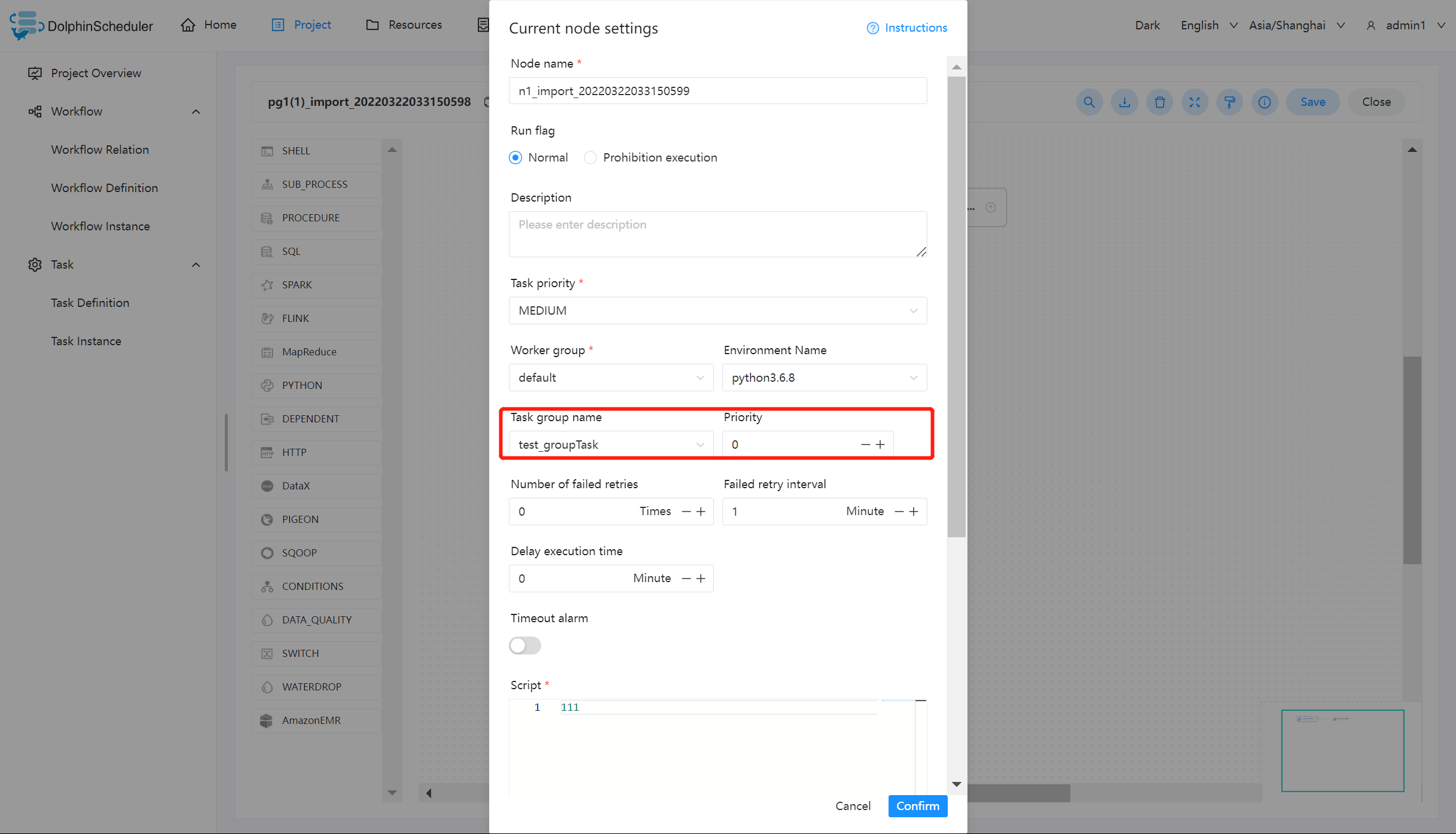 Regarding the configuration of the task group, all you need to do is to configure these parts in the red box:

The master judges whether the task is configured with a task group when distributing the task. If the task is not configured, it is normally thrown to the worker to run; if a task group is configured, it checks whether the remaining size of the task group resource pool meets the current task operation before throwing it to the worker for execution. , if the resource pool -1 is satisfied, continue to run; if not, exit the task distribution and wait for other tasks to wake up.

Release and Wake Up 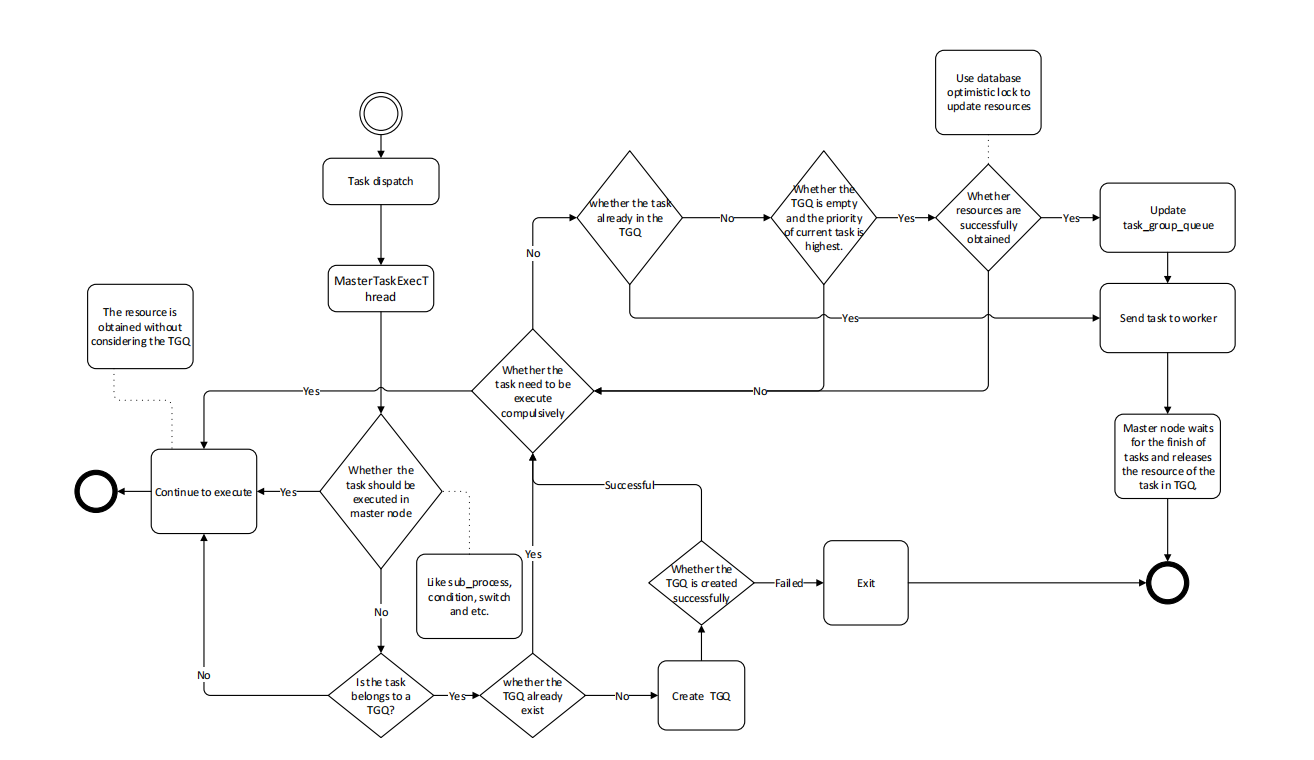