The switch is a conditional judgment node, decide the branch executes according to the value of global variable and the expression result written by the user.

Drag from the toolbar

task node to canvas to create a task. Note After created a switch task, you must first configure the upstream and downstream, then configure the parameter of task branches. 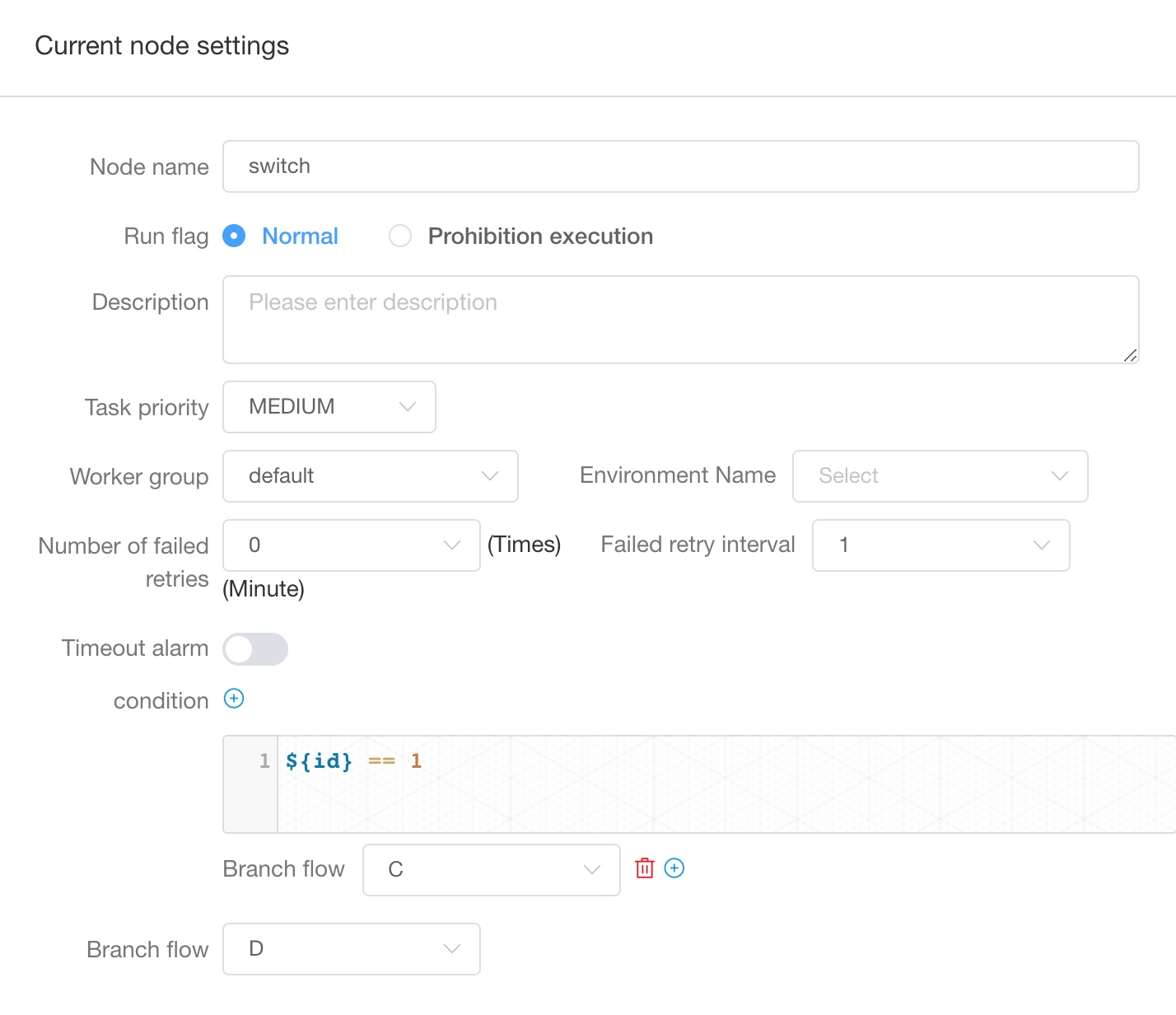