This example simulates a common task that runs by a simple command. The example is to print one line in the log file, as shown in the following figure: "This is a demo of python task". 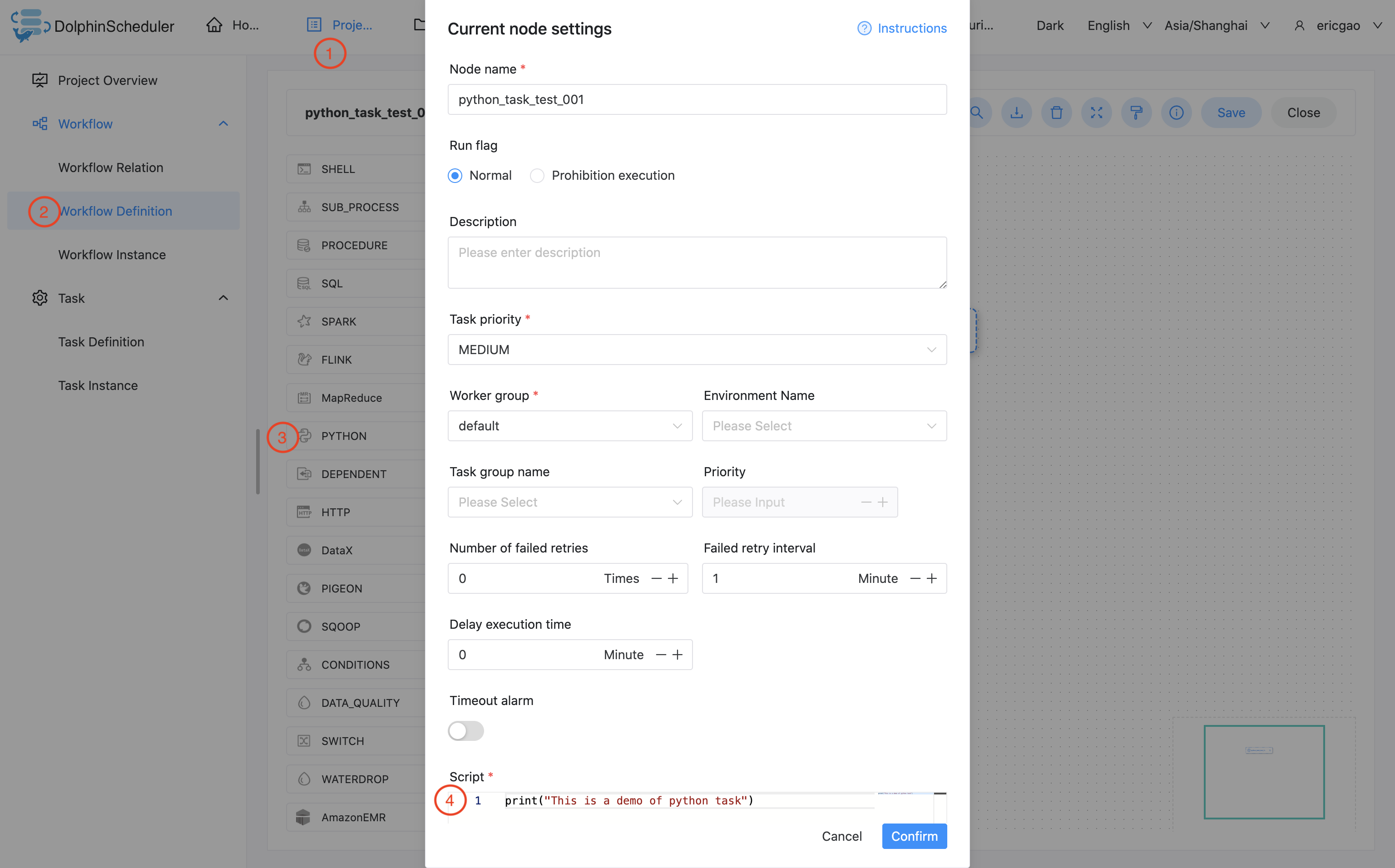 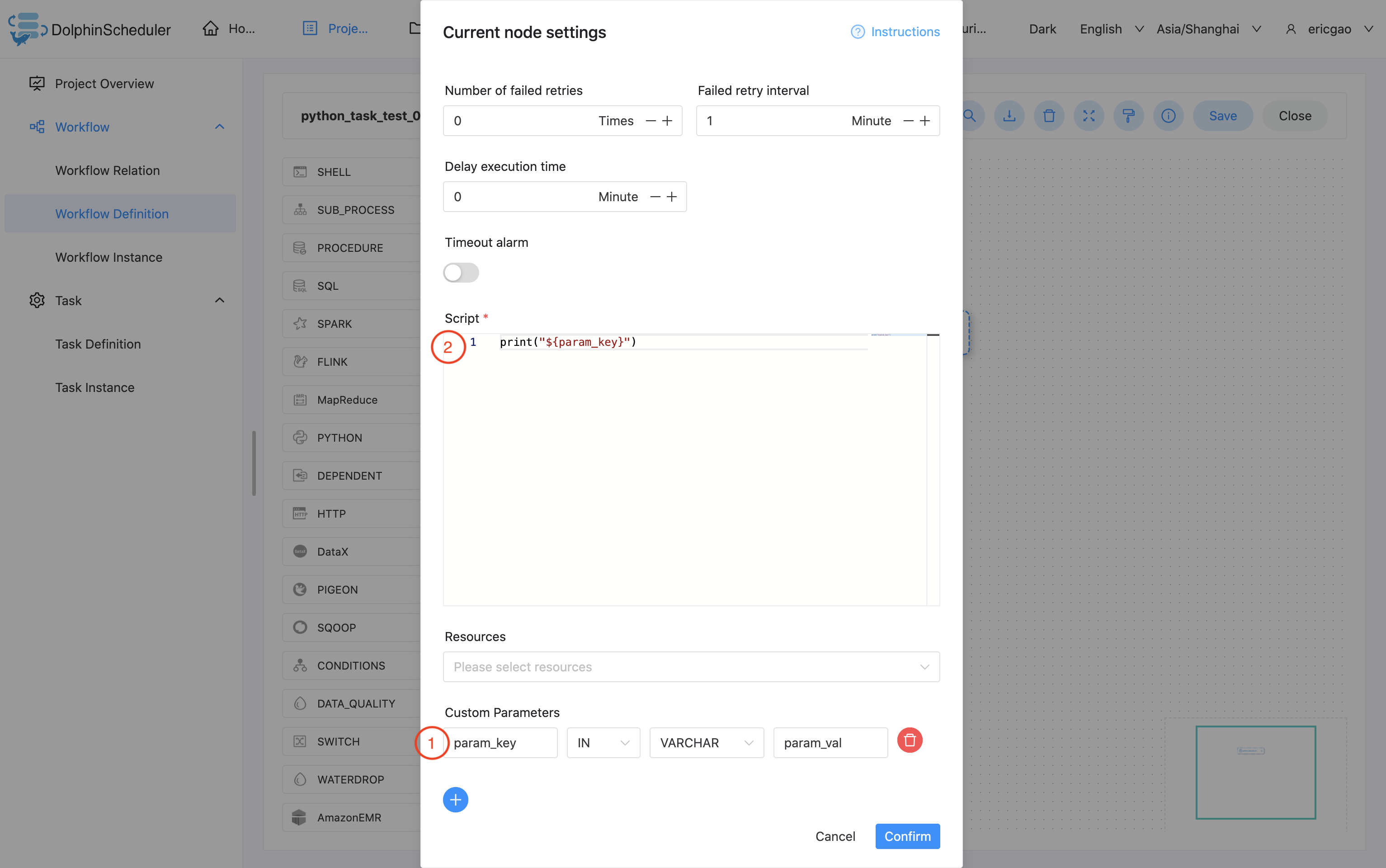