Apache DolphinScheduler has export some metrics to monitor the system. We use micrometer for the exporter facade, and the default exporter is prometheus, more exporter is coming soon.

You can add the following config in master/worker/alert/api's yaml file to open the metrics exporter.

Once you open the metrics exporter, you can access the metrics by the url: http://ip:port/actuator/prometheus

For example, you can get the master metrics by curl http://localhost:5679/actuator/prometheus

We have prepared the out-of-the-box Grafana configuration for you, you can find the Grafana dashboard at dolphinscheduler-meter/resources/grafana, you can directly import these dashboards to grafana.

If you want to try at docker, you can use the following command to start the prometheus with grafana:

Then you can access the grafana by the url: http://localhost/3001 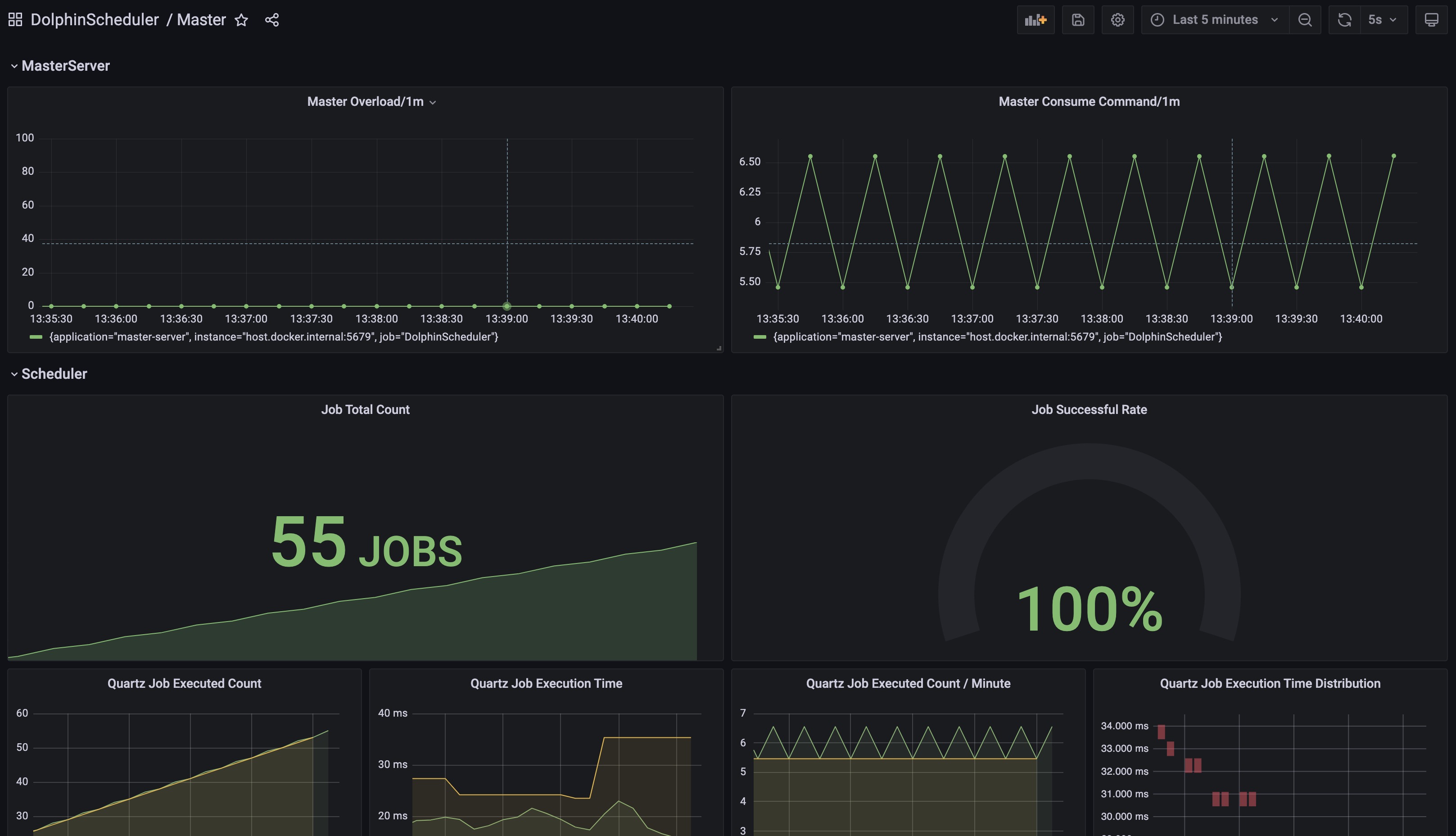 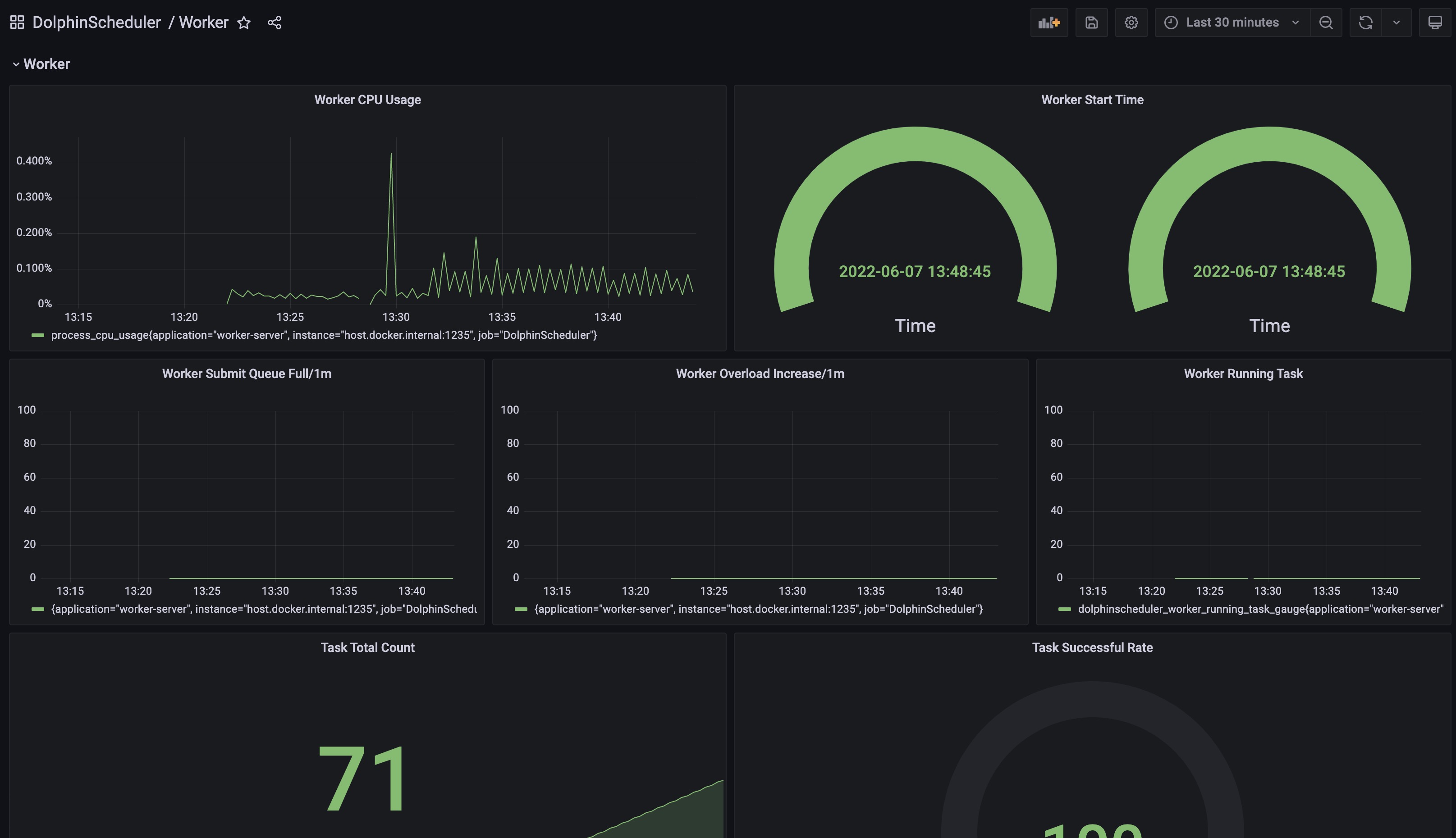 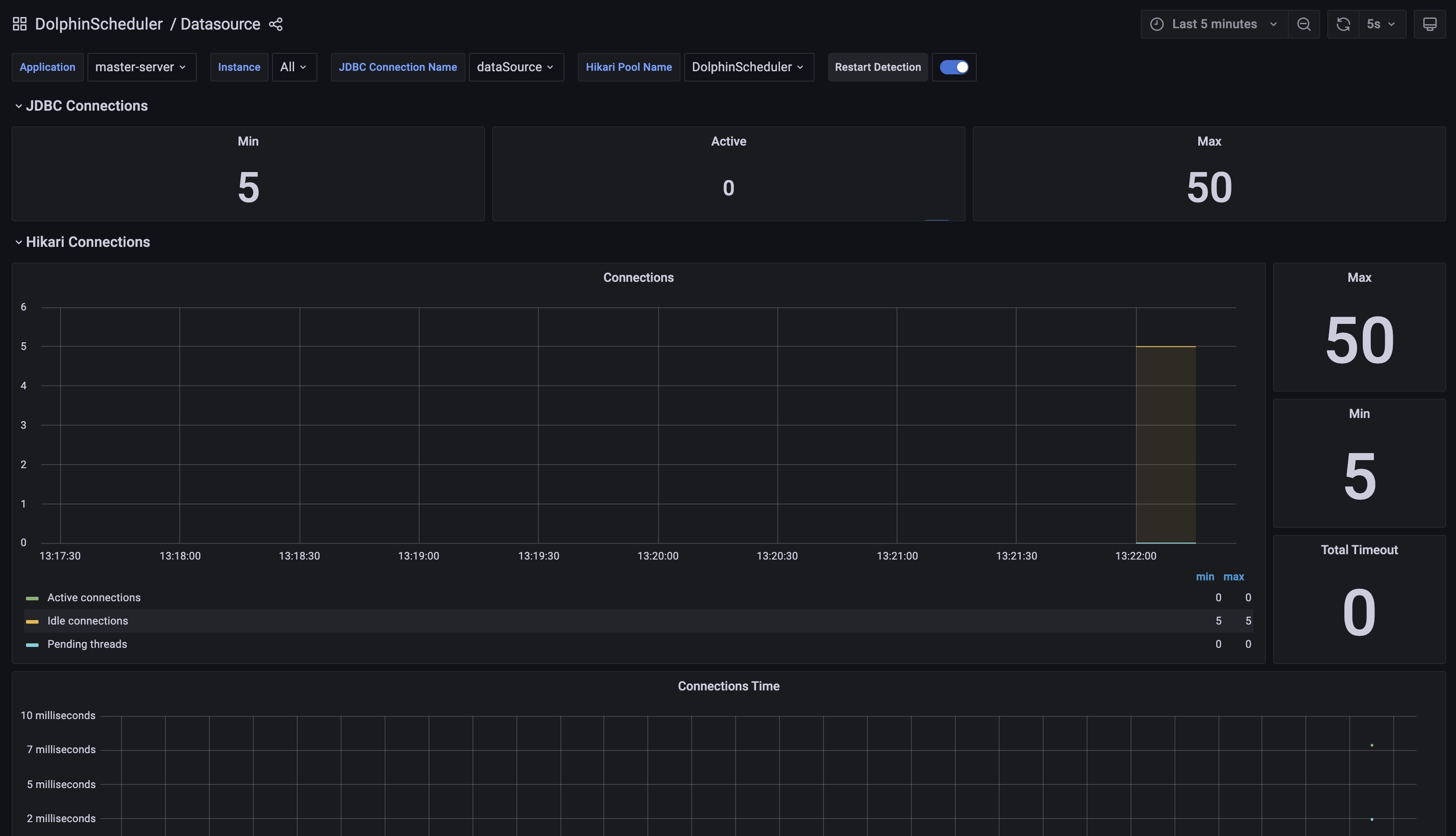 Master metrics are exported by the DolphinScheduler master server.

Worker metrics are exported by the DolphinScheduler worker server.

In each server, there are some default metrics related to the system instance.