Shell task, used to create a shell-type task and execute a series of shell scripts. When the worker executed, a temporary shell script is generated, and the Linux user with the same name as the tenant executes the script.

This example is a sample echo task which only print one line in the log file, including the content "This is a demo of shell task". If your task only run one or two shell command, you could add task base on this example. 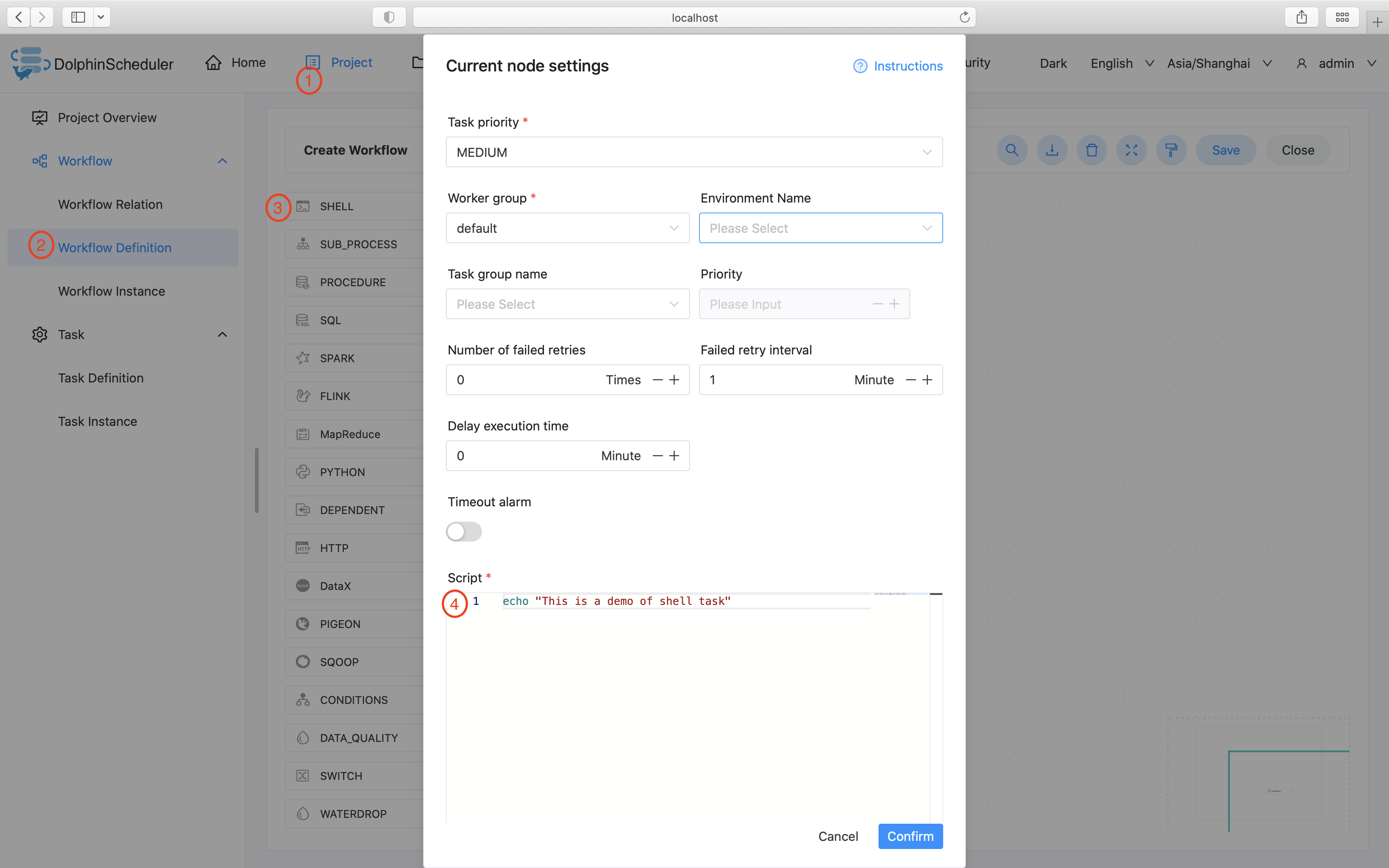 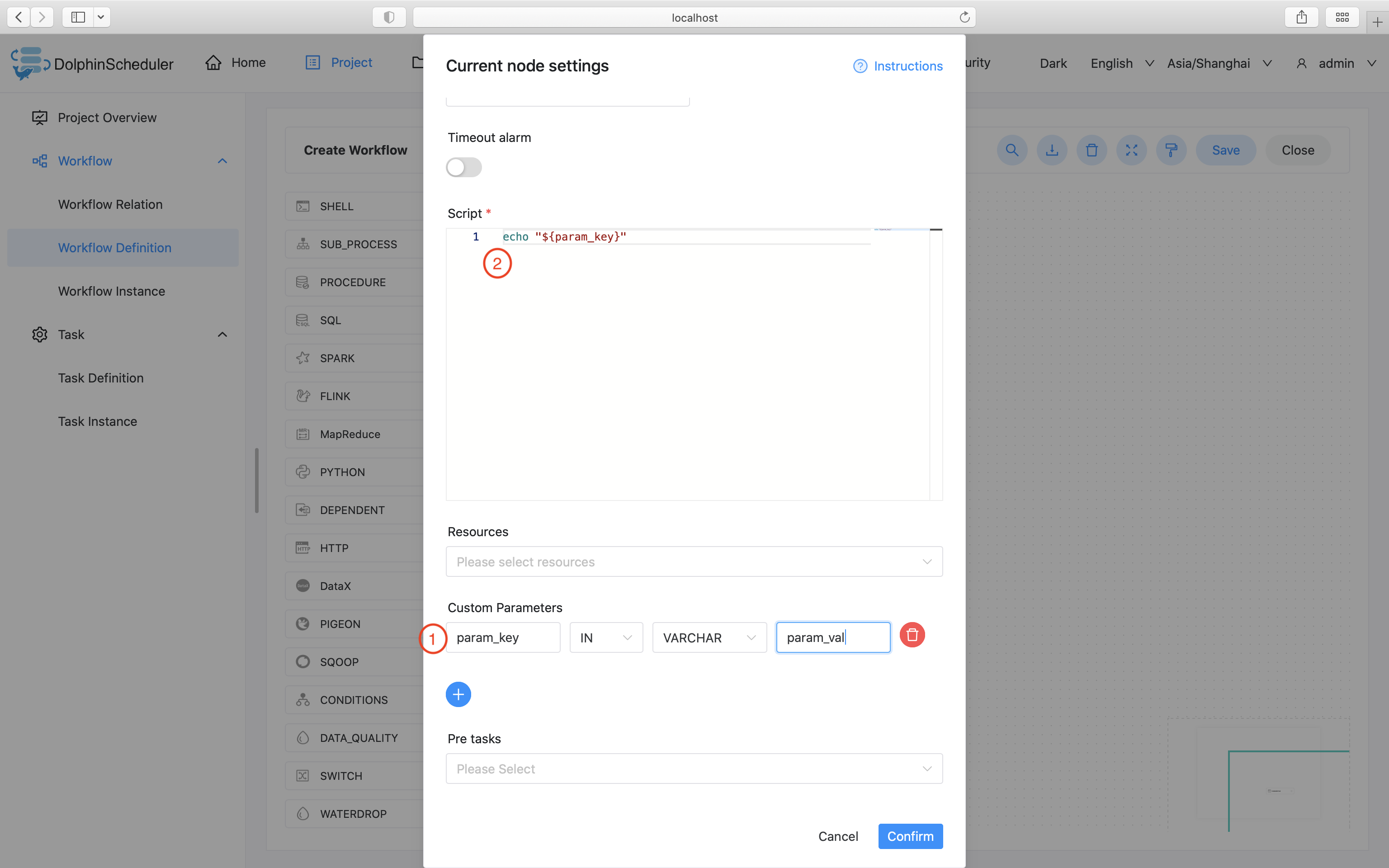