Drag in the toolbar

The task node to the drawing board to create a new Conditions task, as shown in the figure below: 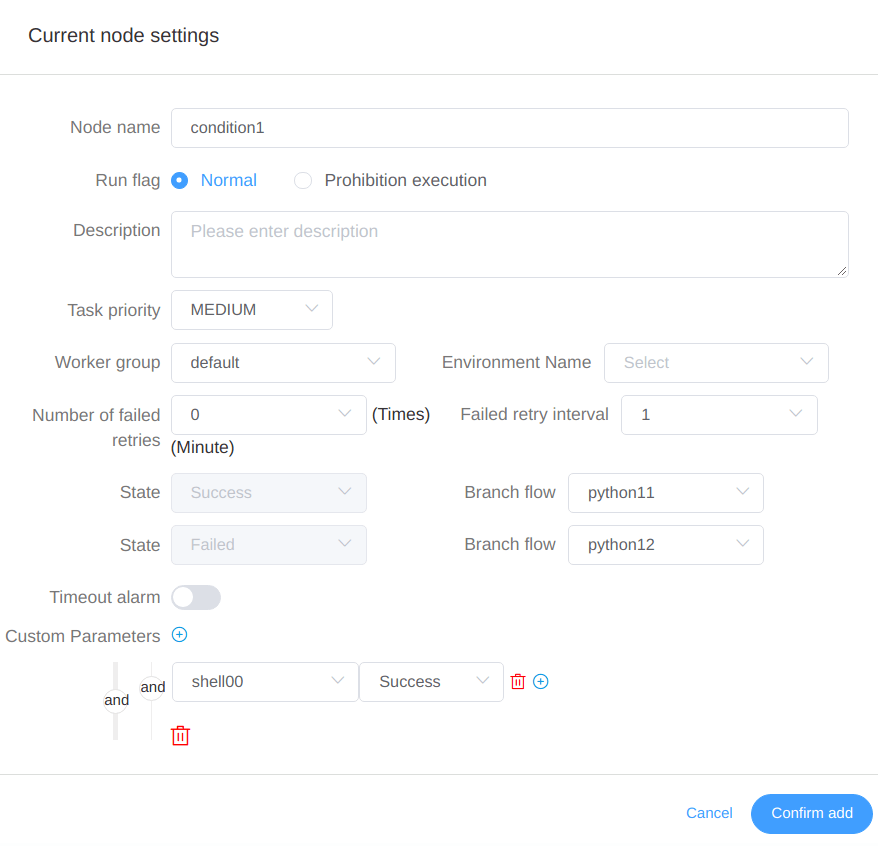