Why did we split the big json that holds the tasks and relationships in the DolphinScheduler workflow definition?

Currently DolphinScheduler saves tasks and relationships in process as big json to the process_definition_json field in the process_definiton table in the database. If a process is large, for example, with 1000 tasks, the json field becomes very large and needs to be parsed when using the json, which is very performance intensive and the tasks cannot be reused, so the community plans to start a json splitting project. Encouragingly, we have now completed most of this work, so a summary is provided for your reference and learning.

The json split project was started on 2021-01-12 and the main development was initially completed by 2021-04-25. The code has been merged into the dev branch. Thanks to lenboo, JinyLeeChina, simon824 and wen-hemin for coding.

The main changes, as well as the contributions, are as follows:

Review of the split programme 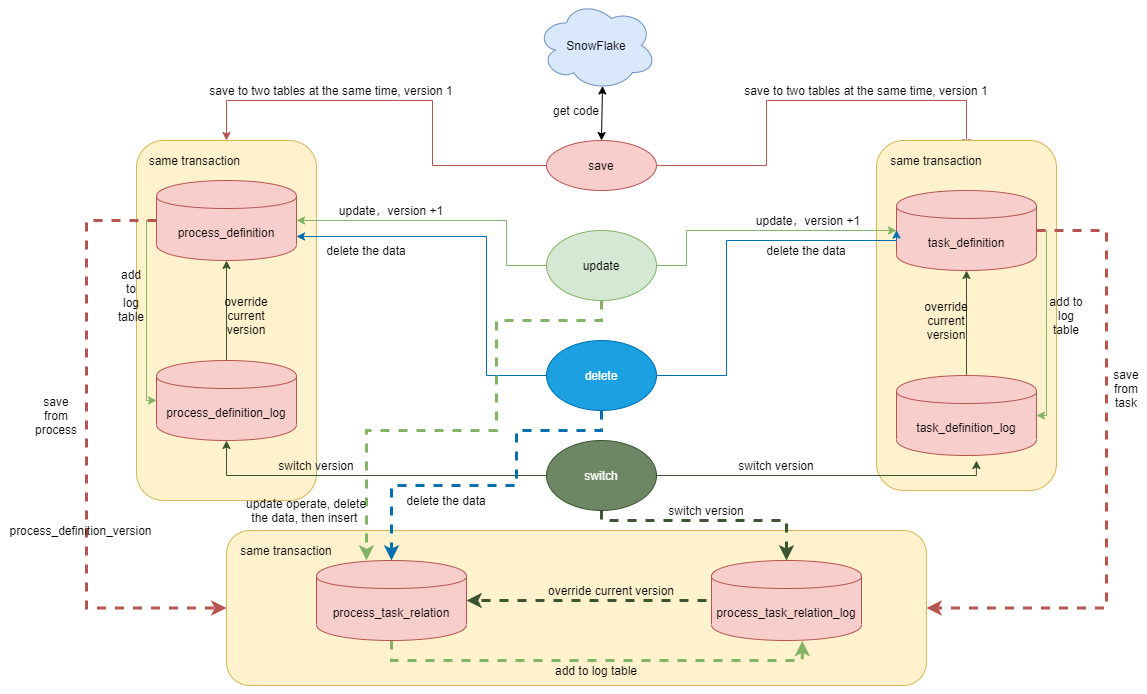 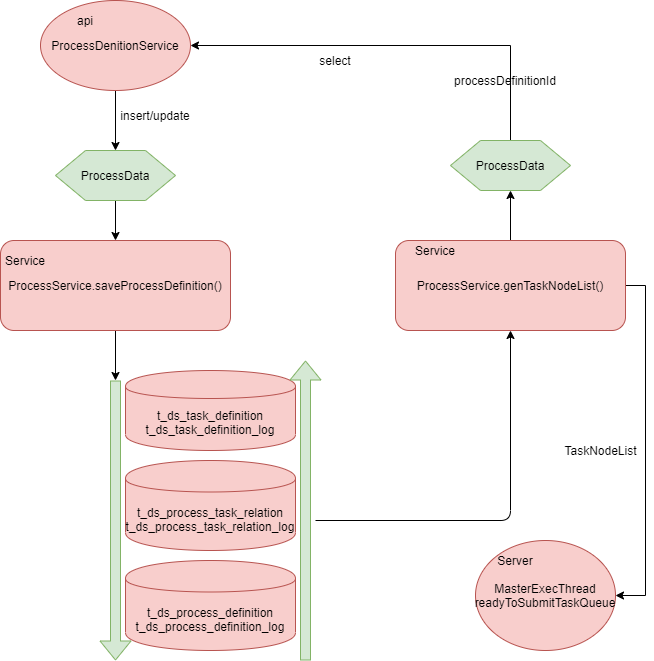 The current process_instance is generated from the process_definition and schedules and command tables, while the taskInstance is generated from the MasterExecThread. readyToSubmitTaskQueue queue, and the data in the queue comes from the dag object. At this point, the queue and dag hold all the information about the taskInstance, which is very memory intensive. It can be modified to the following data flow, where the readyToSubmitTaskQueue queue and dag hold the task code and version information, and the task_definition is queried before the task_instance is generated

snowflake: is an algorithm for generating distributed, drama-wide unique IDs called snowflake, which was created by Twitter and used for tweeting IDs.

A Snowflake ID has 64 bits. the first 41 bits are timestamps, representing the number of milliseconds since the selected period. The next 10 bits represent the computer ID to prevent conflicts. The remaining 12 bits represent the serial number of the generated ID on each machine, which allows multiple Snowflake IDs to be created in the same millisecond. snowflakeIDs are generated based on time and can therefore be ordered by time. In addition, the generation time of an ID can be inferred from itself and vice versa. This feature can be used to filter IDs by time, and the objects associated with them.

1 bit, which is meaningless:

41 bit: This is a timestamp in milliseconds.

12 bit: This is used to record the different ids generated in the same millisecond.

In simple terms, if you have a service that wants to generate a globally unique id, you can send a request to a system that has deployed the SnowFlake algorithm to generate the unique id. The SnowFlake algorithm then receives the request and first generates a 64 bit long id using binary bit manipulation, the first bit of the 64 bits being meaningless. This is followed by 41 bits of the current timestamp (in milliseconds), then 10 bits to set the machine id, and finally the last 12 bits to determine how many requests have been made in this millisecond on this machine in this room.

The characteristics of SnowFlake are: